Zambezi: Children of the River 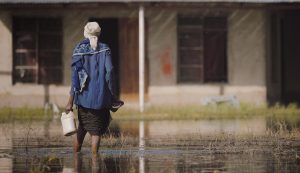 The Kuomboka Festival is one of Zambia’s most colourful and best-known traditional
ceremonies. An ancient ritual of the Lozi speaking people, who live on the flood lands of
the upper Zambezi River.

Every year during the rainy season the water level rises up to the point where it is
impossible to live on the land. And so, for the past 300 years, the Lozi people have
practiced the Kuomboka ceremony, meaning “get out of water”. The ceremony marks the
movement of people in response to the natural rhythms of the land. It is a celebratory and
exciting community event, with heavy drumming, painted barges and ceremonial
costumes. The entire tribe boards canoes and follows their king on his journey to his
winter palace on higher land.

Show us what you love, celebrate and protect about our natural world - join the most important conversation we’ve ever had.